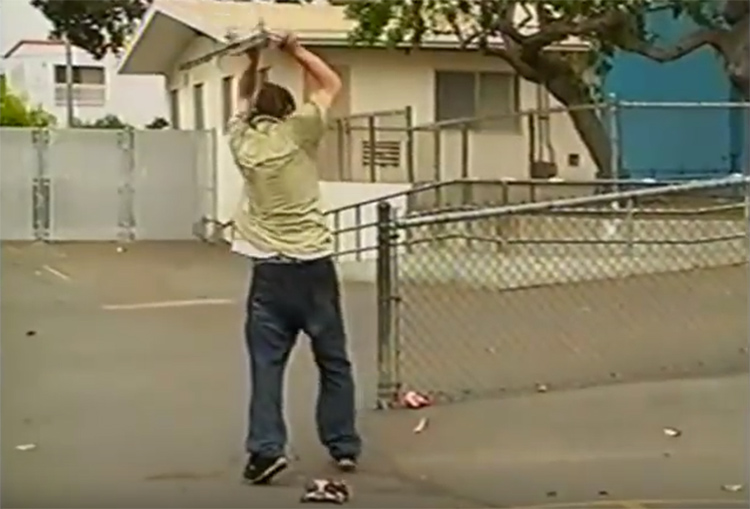 Rick Howard help start Girl Skateboards somewhere around 1993. According to World Industries owner, Steve Rocco, Howard stole a bunch of riders from World to start Girl. In retaliation, Steve’s brother Sal started Bitch Skateboards – which didn’t seem to last too long (but might still be big in Japan).

Rick also started Lakai footwear. You’ve probably noticed some of the similarities between both the Girl and Lakai team and the whole Torrance (more like “Borrance”) thing.

You’ll notice that a lot of tricks from these early 1990s parts lack “pop”. That’s was because of the boards back then. They just didn’t have much pop. Mellow concave and maybe shitty glue. If you look at this Fully Flared part, his skating looks eons more advanced and the style is great. And that was like 17 years after his prime. It had to be the boards back then.

Rick Howard – Return of the Flare

Rick Howard Skateboards From The Past